Lobdell's early paintings demonstrate his masterful synthesis of the personal and the formal. While much of the initial process for the work was spontaneous and expressive, he continued to meticulously study and rework his paintings. In canvases such as 27 October 1949 you can still see traces of the additional patchwork forms that have been painted over to become a great expanse of yellow. The rich reds, oranges and muted greens are punctuated by the warm yellow that supports the clustered network of organic forms. In other paintings the palette shifts dramatically. In 3 September 1948 the mottled black, green and brown pigments reference the raw and earthy palette shared by many of the other members of the San Francisco Abstract Expressionist group, including Richard Diebenkorn, Clyfford Still and Ronald Bladen. In these early canvases, Lobdell seems to be organizing non-objective material into a loosened grid. Aesthetically they resemble aerial maps of complicated, imagined landscapes that share a powerful presence and confident brushwork.

Lobdell was born in Kansas City, Missouri in 1921 and moved to San Francisco to study at the California School of Fine Arts on the G.I. Bill in 1946. During this period the CSFA was the center for artistic innovation 1946. During this period the CSFA was the center for artistic innovation and activity due to a well-regarded practicing faculty including Still, Clay Spohn and Mark Rothko, among others, and a mature and adventurous group of students, many of them veterans recently returning from the war. The San Francisco Bay Area developed a unique strand of Abstract Expressionism from the New York school, one that "emphasized rough surfaces and broad areas of color" and "a distinctive palette to match their rugged paint handling" according to Susan Landauer. At CSFA, now the San Francisco Art Institute, Lobdell became a member of this group of artists by developing his own bold and powerful abstract style. 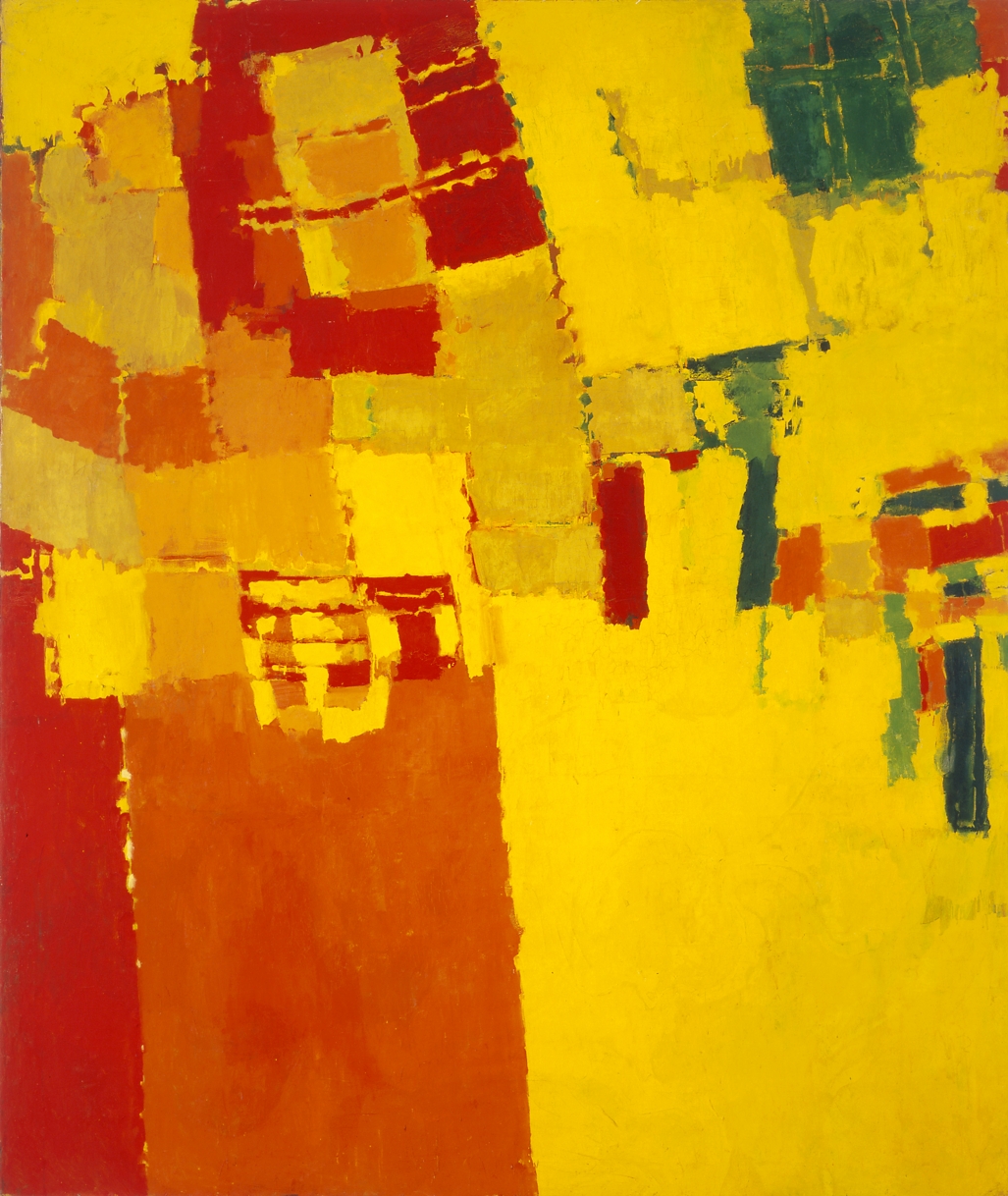