Patrick Heron was a leading British modernist painter and a noted art critic. His work is known for its luminous colors and simple yet distinctive interlocking forms. In 1956, after his introductory viewing of American Abstract Expressionism at the Tate’s exhibition ‘Modern Art in the United States,’ Heron executed his first series of fully abstract works. By the 1960s, Heron had developed a new pictorial language to explore his interest in color and the articulation of space through a motif of floating disks on fields of daring colors—known as his “jigsaw” paintings. Heron composed the arrangement of “jigsaw” elements as a device to explore pictorial space well into the 1970s. Heron’s brushwork also became an agent in exploring the pictorial landscape. Using a small Japanese watercolor brush Heron used a method of applying a single layer of color up to the exact boundary of each “jigsaw” element. His cursive all-over manipulation laid the pigment in small curls and peaks in order to exploit the qualities of each pigment. 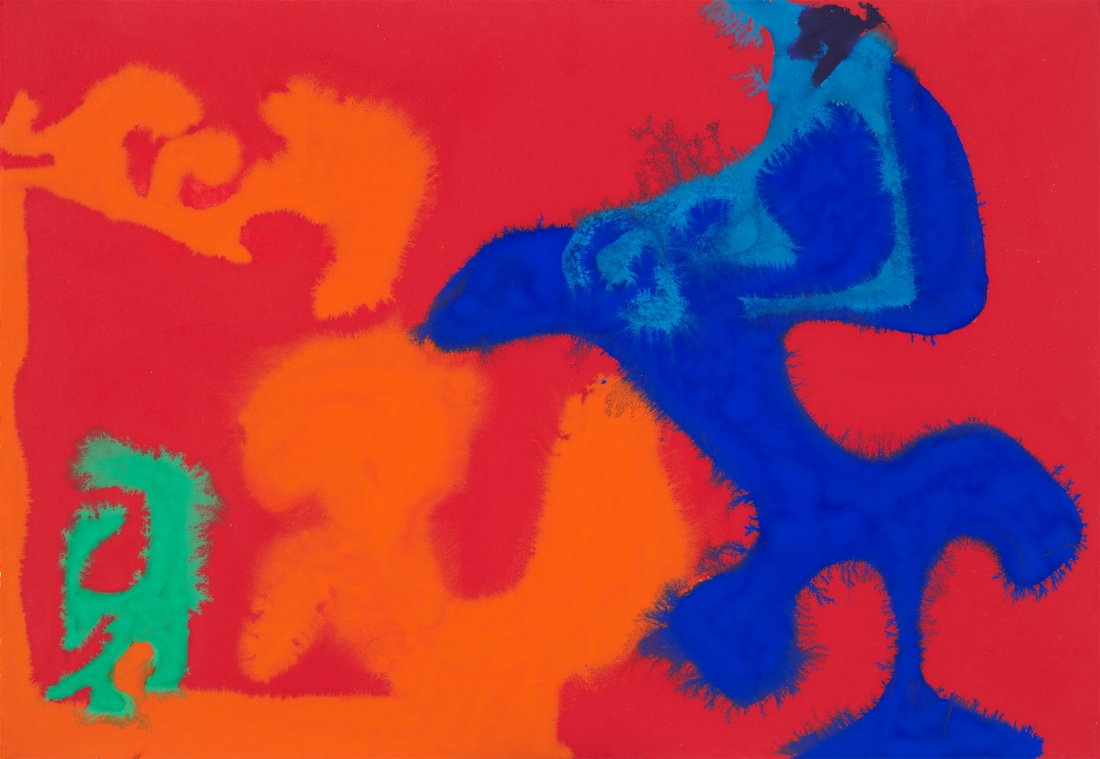 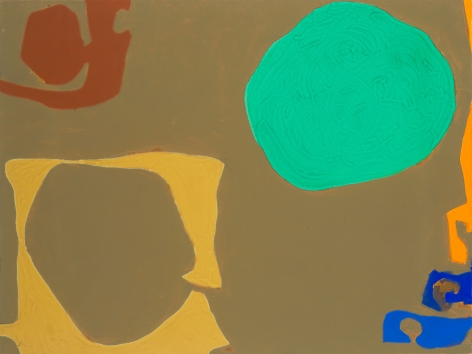 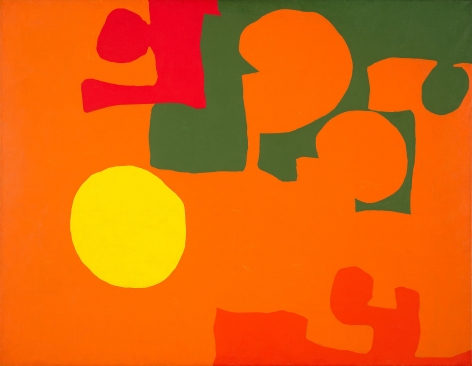