Kazuo Shiraga was a Japanese abstractionist known for using his body in the creation of his art. He specialized in Japanese-style painting at the Kyoto City University of Arts, but upon graduating in 1948, he gravitated towards Western styles and took up oil painting. In 1955, he joined a significant avant-garde movement: the Gutai Art Association, led by Osaka-based artist Jiro Yoshihara, who encouraged his contemporaries “to create paintings of a kind that nobody has ever seen before.” The word “gutai” means “concrete” or “embodiment,” and the movement sought to avoid both social engagement and pure abstraction, seeking instead “to combine human creative ability with the characteristics of the material.” Seeking to transcend the two-dimensional plane of the canvas, the Gutai collective emphasized painting that captured elements of action and physicality. Around 1955, after several experimental performance pieces, Shiraga forged a new visual language and began to use his own body as a substitute for a brush, painting directly with his hands, head and feet. Shiraga also rejected color relationships and chose only crimson, so to stir the blood of the viewer. His most characteristic technique, first displayed at the second Gutai exhibition in 1956, entailed pouring paint onto a canvas on the floor, and making strokes with his feet while hanging and swinging from ropes suspended from the ceiling. Thus, his work incorporated the choreography and random motions of his body into the design. 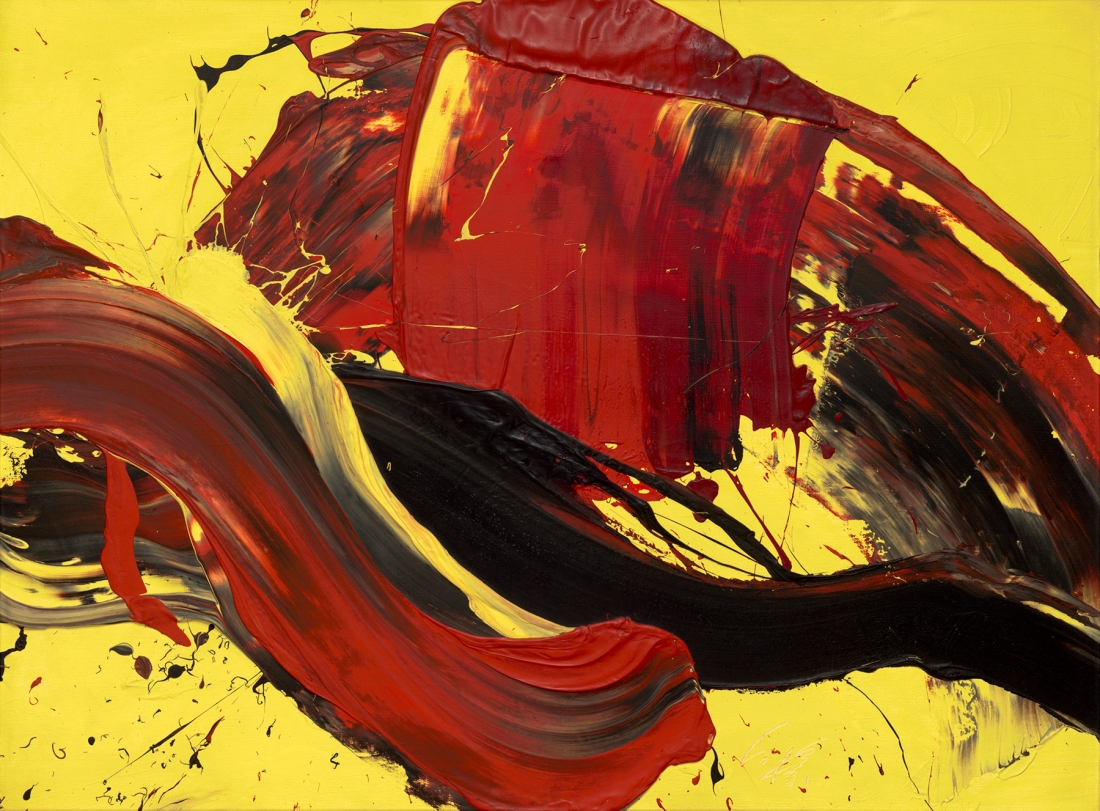