Joan Mitchell was a steadfast proponent of painterly abstraction. Her expressive and emotionally charged paintings are deeply rooted in her memories of the natural world. “I paint from remembered landscapes that I carry with me —and remembered feelings of them, which of course become transformed.” Between 1944 and 1947 she studied at the Art Institute of Chicago, arriving in New York in 1947 where she quickly became involved with the downtown avant-garde scene. In 1955 Mitchell spent her summer in Paris, which would have far reaching consequences for the artist. Until Mitchell’s eventual move to France in 1959, she continued to split her time painting during the winters in New York and summers in Paris.

In 1988, the Herbert F. Johnson Museum of Art at Cornell University mounted a major retrospective exhibition of Mitchell’s work that traveled to several venues, including the Corcoran Gallery of Art, the San Francisco Museum of Art, and the Albright-Knox Art Gallery. Mitchell’s work is included in the permanent collections of Centre Georges Pompidou, Paris; Tate Modern, London; The National Gallery of Art and The Hirshhorn Museum and Sculpture Garden, Washington D.C.; Museum of Modern Art and Whitney Museum of American Art, New York; The San Francisco Museum of Modern Art, among many others. 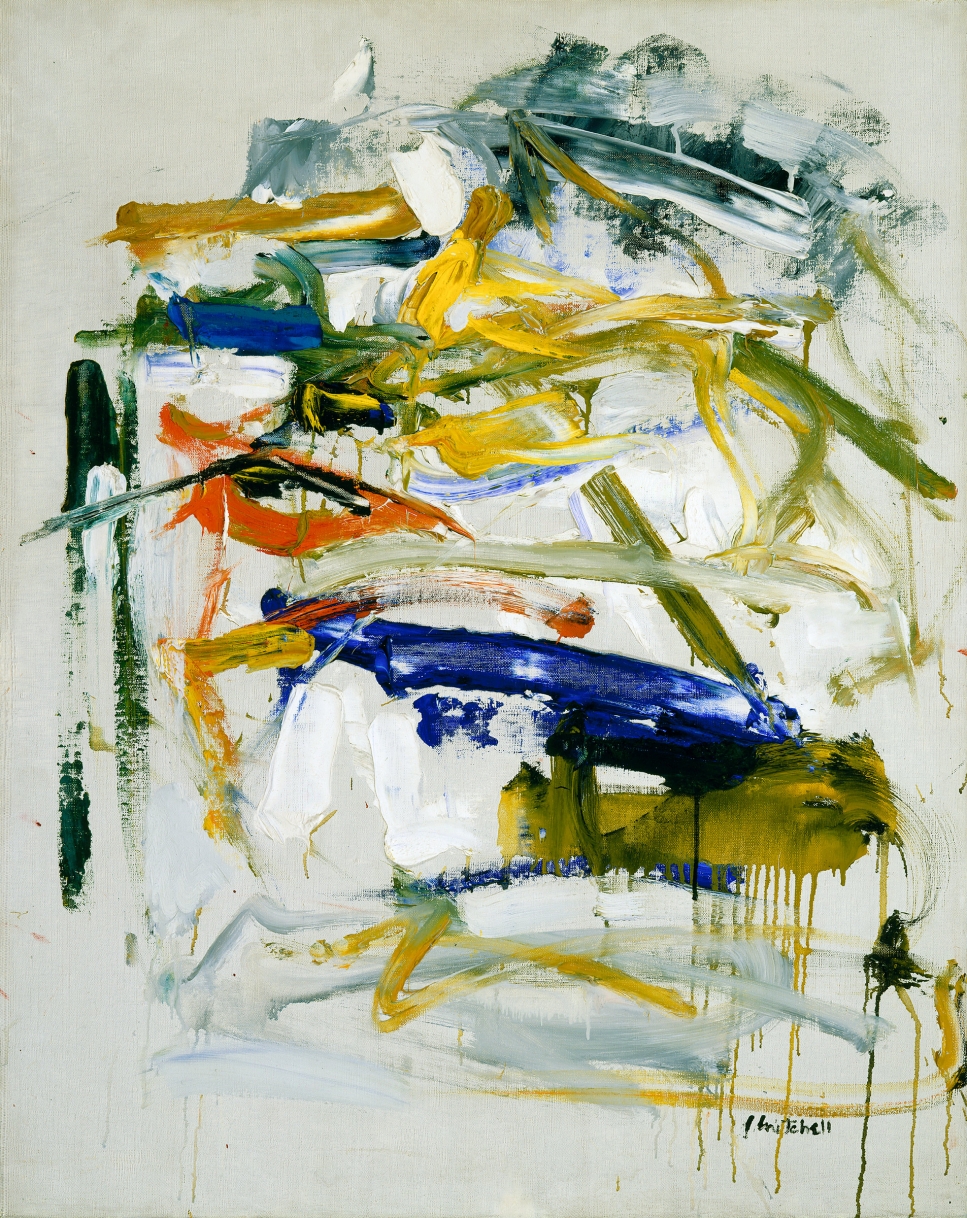