Born in Montreal, Jean Paul Riopelle’s artistic development contributed to the evolution of European Abstract Expressionism during the 1950s. Riopelle permanently moved to Paris in 1947, which had once again become a capital for the avant-garde and the intellectual in the wake of the Second World War.

Initially painting in a Surrealist style, Riopelle changed his aesthetic canon to L’art Informel or Abstraction Lyrique. By the early 1950s, Riopelle developed his signature style of applying paint directly to the canvas by smearing it with a palette knife. His artistic gesture created an intriguing myriad of geometric volumes and kaleidoscopic surfaces of color and brilliance. This improvisatory form of abstraction was closely associated with an emphasis on the spontaneous and automatic.

In 1952, Riopelle received an Honorable Mention at the São Paulo Art Biennial and by 1962 he represented Canada at the Venice Biennale. Riopelle’s major works are in the public collections of The Art Institute Chicago; the Hirshhorn Museum and Sculpture Garden, Washington D.C.; the Brooklyn Museum and the Metropolitan Museum of Art, New York and the Los Angeles County Museum of Art among others. 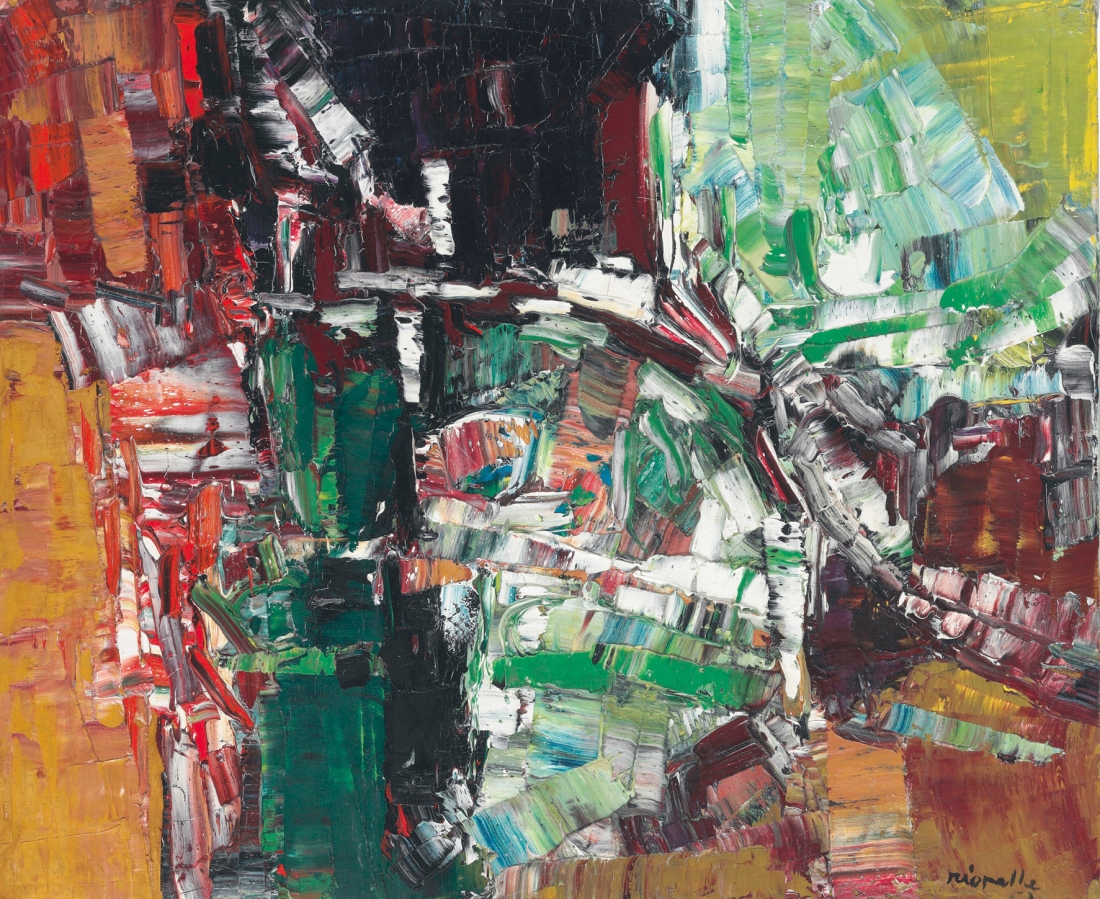